There is increasing awareness that Australian plants provide a unique source of materials and ingredients for medicinal purposes, foods, skin care and cosmetics. Indeed I recently reviewed a book that demonstrates how far we have come towards developing successful industries around some of our native food species. 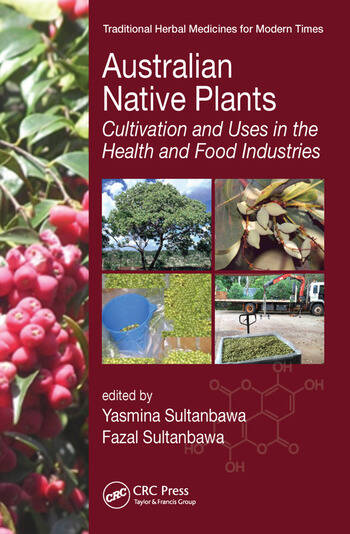 At a suggested retail cost of over $200 I would be recommending it for libraries across Australia, so that we can all get access to this excellent resource.

One of the edible natives that has always fascinated me is the geebung (Persoonia spp.) Living at North Rothbury I have Australia’s most highly endangered plant species, Persoonia pauciflora growing nearby, and I am cultivating several specimens here on the Southern Cross Farm. Another species, P. linearis, grows prolifically on the farm, the only problem is never finding any ripe fruit, I think the birds always beat me to it!

Today I visited some people over Laguna  way who have Persoonia pinifolia growing on thier property, a species of limited distribution. The tall shrub with attractive bark and a weeping habit has purple, and apparently delicious fruit. 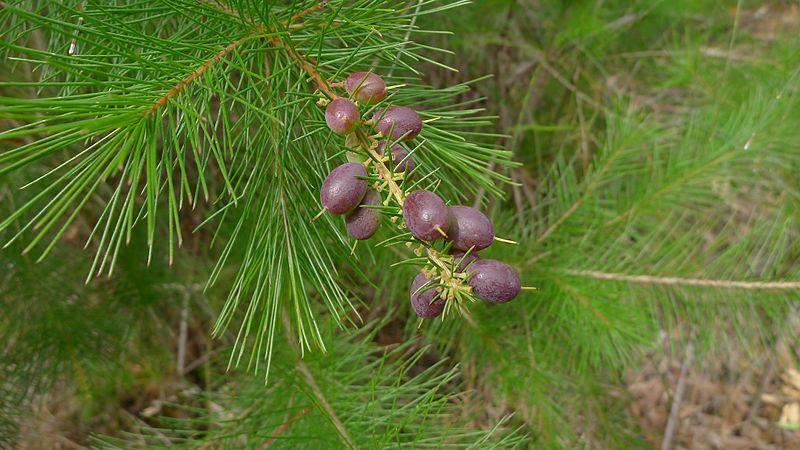 In 1997 the Australian National University investigated the fruit of a hybrid specimen between P. pinifolia and P. linearis, and isolated a previously unknown chemical (a phenolic glycoside ester) with potent antibacterial activity, and anecdotally the plant has been used to clear up skin infections attributed to Staph. aureus (golden staph). Given the issues with MRSA (resistant staph infections) this seems like a lead worth following up on, however to my knowledge there has been no follow up. Anyone who is interesting in testing out topical applications based on P. pinifolia should contact me at trueunicorn11@gmail.com.

Here endeth my first ever blog, hopefully there will be more to follow, especially if I find that anyone is reading it.

While all seasons have their good points, for me the month of October is just about perfect in this part of the world. The proviso is that some spring rain has arrived to follow on from the normally dry winter. This year it has been particularly dry, and with really no rain of note since early June it was turning into the worst kind of spring – a brown one. Fortunately the latter part of October brought widespread rains, making for green pastures and blossoming trees, shrubs and vines. The silky oaks and jacarandas are  as vividly colourful as usual, and as I travel north from the Hunter various Melaleucas are displaying their creamy white blossoms in great profusion – the most notable being what is often referred to as “snow-in-summe

View all posts by herbalfieldschool